A Storm Surge Watch is now in effect for coastal Hernando County. A Storm Surge Watch means life-threatening inundation, from rising water moving inland from the coastline, is possible somewhere within this area within the next 48 hours. There is potential for 2 to 4 feet of storm surge above ground level on Saturday night into Sunday morning, especially at times of high tide. High rain chances are also expected across the entire area, with showers and isolated thunderstorms possible at any time. A Flood Watch and Coastal Flood Statement is also in effect until 8:00 p.m. on Sunday. 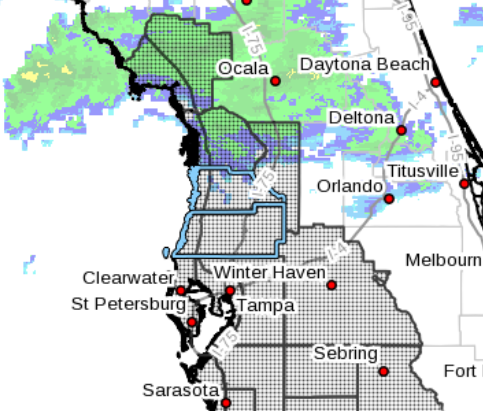