The Hernando County Port Authority and Aquatic Services Division have made preparations to deploy a decommissioned concrete sailboat referred to as the ‘Ghost Ship’ within Bendickson Reef, located 20 nautical miles west of Hernando Beach, on April 23, 2019 (weather permitting). The 16-ton, 46-foot decommissioned vessel will be deployed between Bendickson sites one and three along with 25 reef balls around the ship to stabilize the wreck and provide habitat and protective cover for baitfish. The Ghost Ship will be the first Adventure Coast wreck dive site and will increase the structural complexity of this underwater habitat. The ship will also serve as a connecting trail between structures, adding to diver experiences.

Work on this project began over a year and half ago with cleaning and preparation of the vessel. The clean-up effort was spearheaded by Port Authority members with over eight dumpsters of material removed from the vessel, including a 50-horsepower diesel engine. Numerous volunteers participated in the preparation of the vessel with over 300 volunteer hours contributed during eight different work events. Volunteers included members of the Port Authority, residents of Hernando Beach and local members of the Coastal Conservation Association (CCA). The vessel has been stripped to a bare hull with openings cut in the upper deck to eliminate entrapment of marine life.

“The Ghost Ship will provide a different kind of artificial reef substrate than what we have used in the past.” said Hernando County Port Authority Chairman Frank Santo. “Because the open body of the ship provides for more extensive hiding places and swim-throughs than the normal materials we typically use in artificial reef projects, we expect it to attract large fish as well as schooling bait fish.”

Limited Hernando County tax funds were spent on the Ghost Ship artificial reef initiative as almost all work for this project has been donated. A professional ship sinker from Virginia, Tim Mullane, will be overseeing the deployment and has offered his services pro bono. The reef balls for this project will be donated by the CCA, valued at $3,650. Tow services have been donated by both Tow Boat US and Thunder Party Boat LLC. Owner of the vessel, Bill Jay with the Hernando Beach Marina, paid for the dumpsters and disposal of all materials removed from the vessel. A total of $2,400 was raised to help pay for fuel expenses through donations from the following entities: 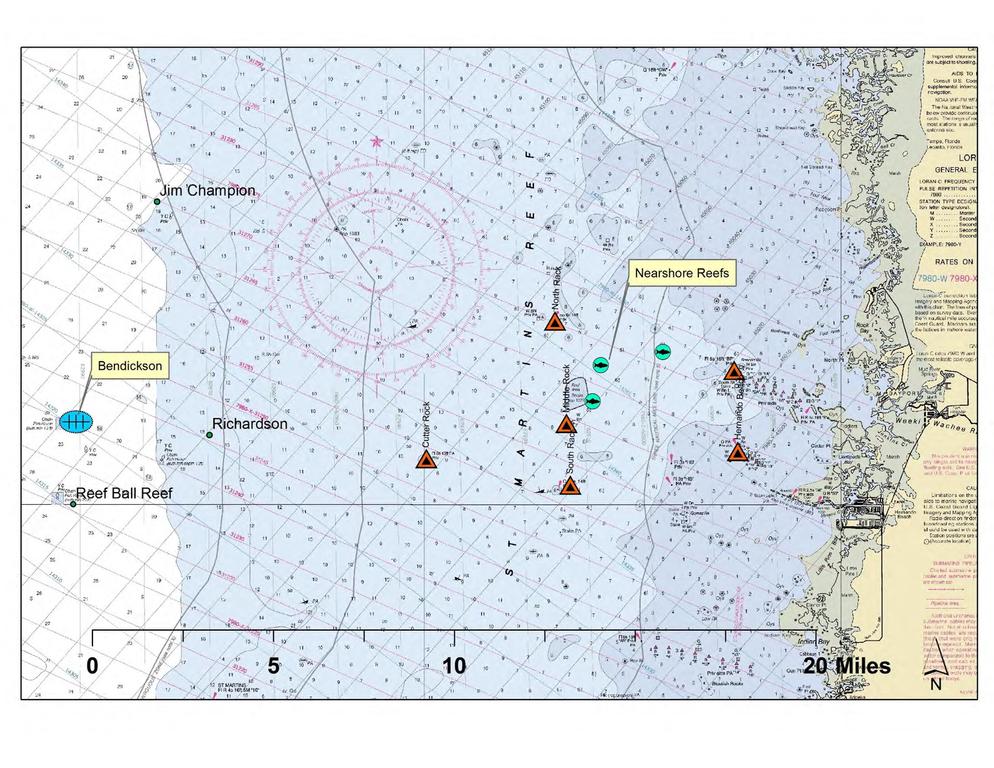 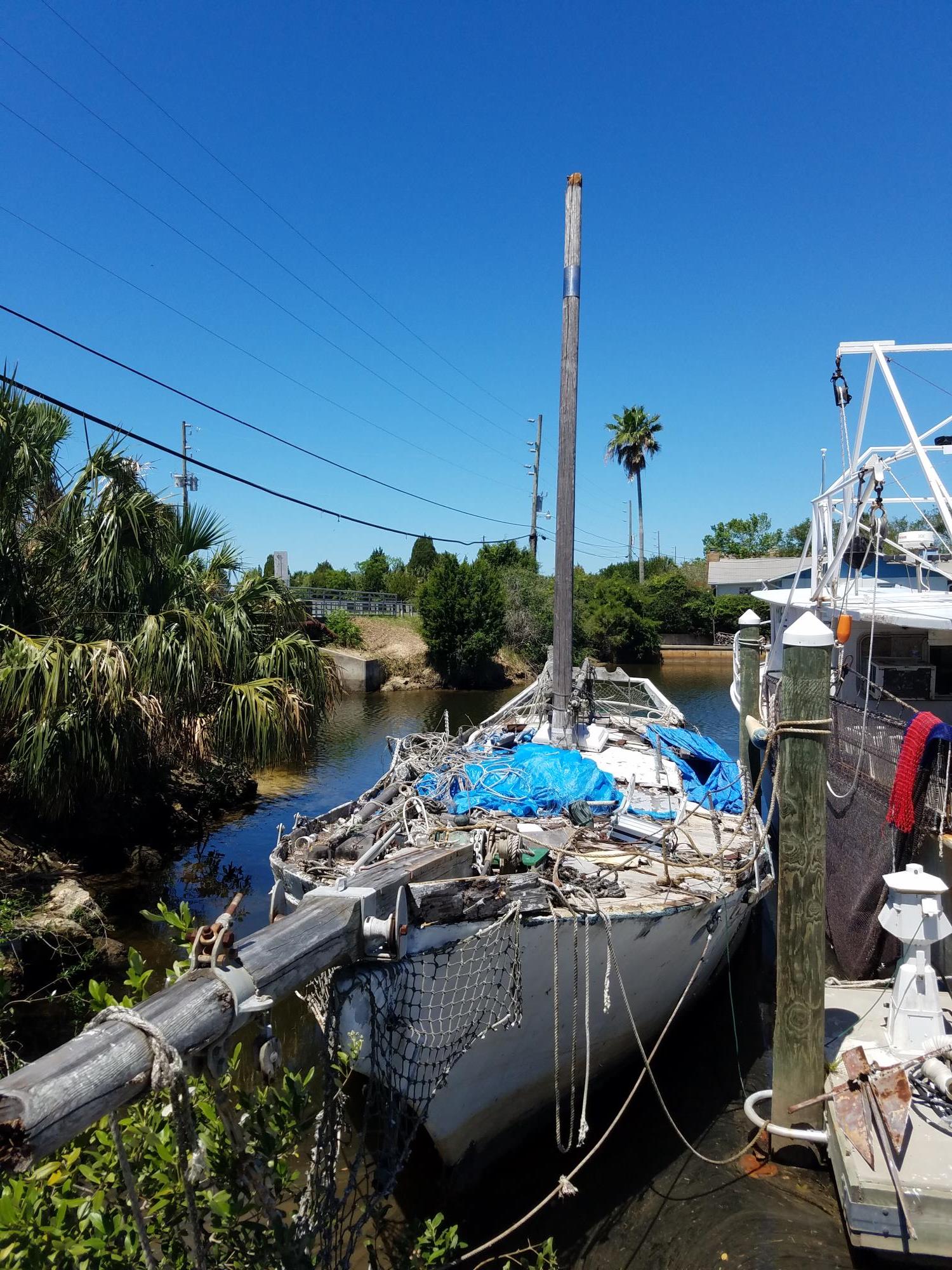 Ghost Ship before cleaning and preparation of vessel 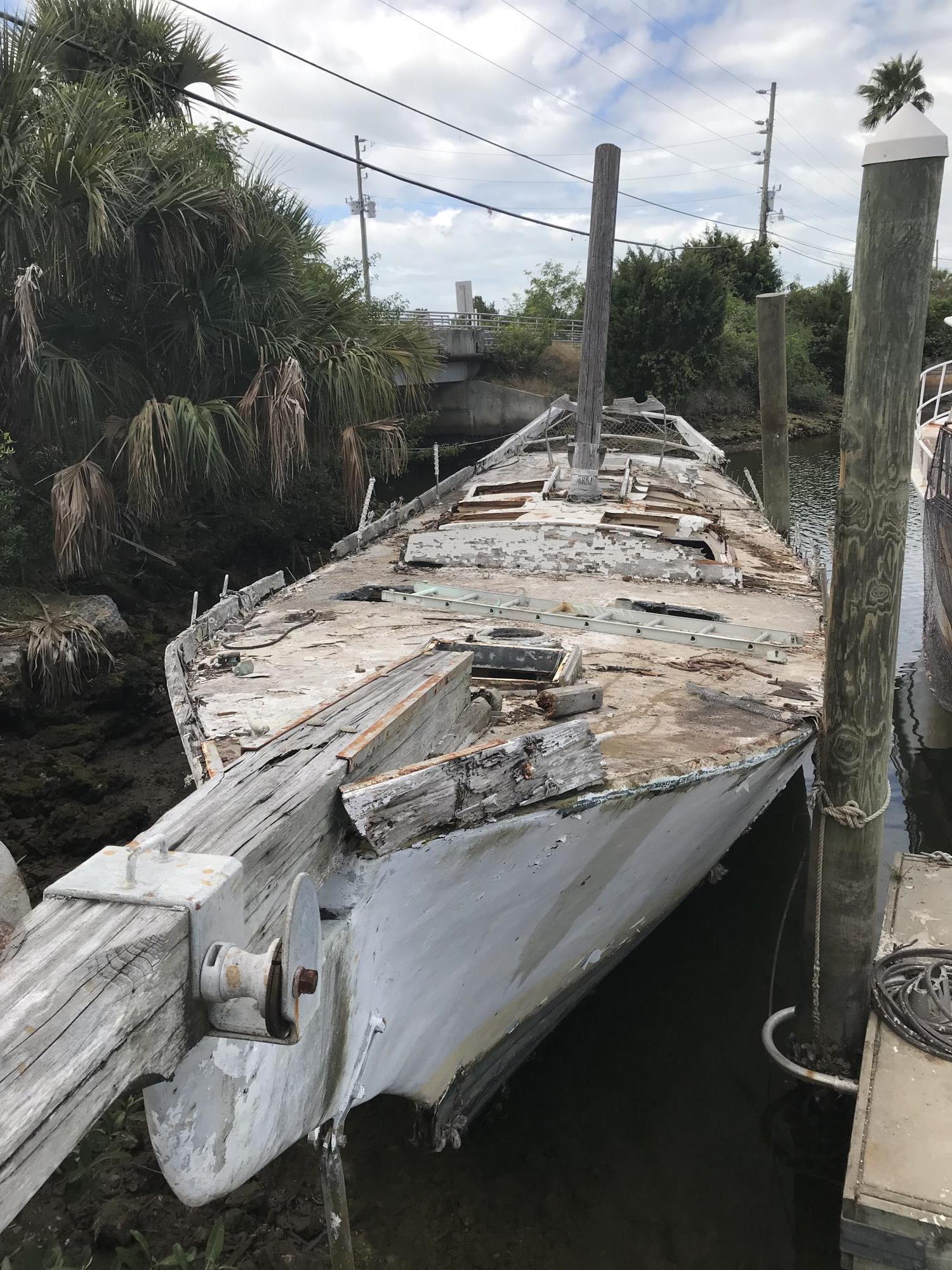 Ghost Ship after cleaning and preparation of the vessel