Hernando County is under a Storm Surge Warning and a Tropical Storm Watch.

Hurricane Michael is a major CAT 4 hurricane with 145 mph winds, moving north-northeast over the Gulf of Mexico with landfall projected near Panama City FL.  Primary threats to our area include dangerous storm surge flooding which may cause localized flooding, tropical storm force wind gusts and a chance of tornadoic activity, mainly close to the coast.

Wind blown storm surge of 3 to 4 feet above ground level (AGL) is forecast for Hernando County.  Coastal residents should expect to see ponding of water on roadways, especially during the afternoon high tide.  Access to evacuation routes throughout coastal areas may be limited.

Individuals in coastal and low lying areas should seek higher ground. Coastal residents should be prepared to act immediately to protect life and property.

The shelter at the Enrichment Center, 800 John Gary Grubbs Boulevard, Brooksville, is now closed. Staff is on standby to re-open if needed.

Sandbag stations are open at this time. They will remain available based on demand. To verify if a station is open, residents are encouraged to go to www.HernandoCounty.us/em. 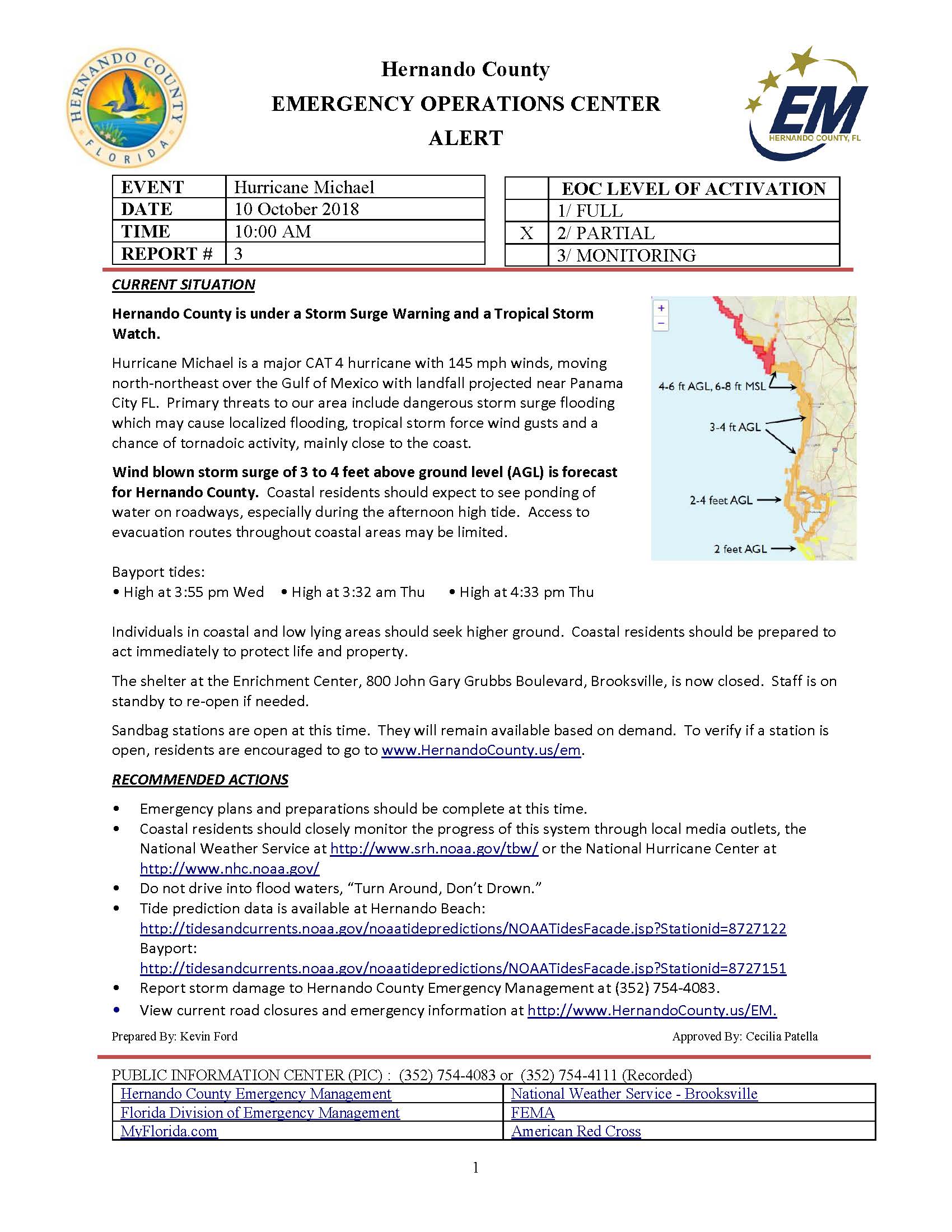